Skagen is at the extreme Northern tip of Denmark. It has been an artists colony since the 1800’s and is still today regarded by many as a highlight of any Danish holiday. It’s also the place where Denmark literally disappears into the sea, so the light is quite bright and particular. This special light has been the inspiration for artists up until this day. 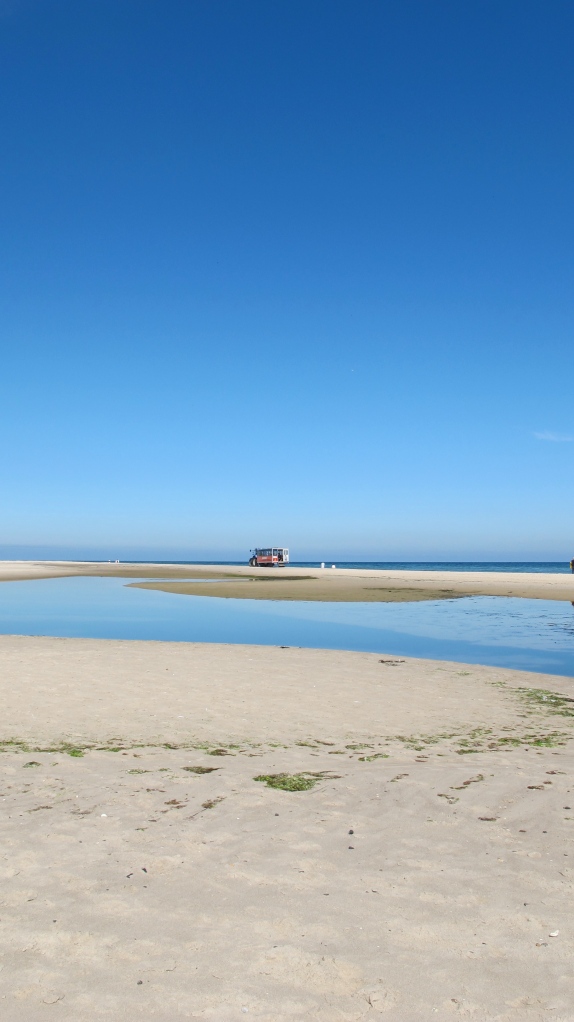 Brøndums Hotel in Skagen has for generations been and is still today highly regarded within the Nordic countries. Only one hotel in Denmark carries the same prestigious position in people’s minds: Hotel d’Angleterre in the Danish capital. But that is another story, now its time to focus on Brøndums at Skagen.

It all began around 1840 with Erik Brøndum, a merchant and innkeeper who married Ane Hedevig Møller. The Hotel had a number of prominent guests, among them H.C. Andersen.

At some point in time, the Inn had become too small, and Erik Brøndums son, Degn Brøndum, had convinced Plesner to expand the Inn, which was finished in 1892.

However, the expansion still turned out to be insufficient.  Twice (in 1897 and 1909, Plesner who had a preference for red brick) had launched a further expansion of the hotel, as it had become known by that time. In 1954 and 1959 fires reduced the size of it considerably except for a single conserved addition: The restoration wing with the veranda above.

One of the leading architects and visitor to Skagen, Thorvald Bindesbøll, designed the magnificent dining room so that the Brøndum family paintings could be built into the wall panels.

In the end the complete dining room was handed over to Skagen Museum according to the will of Degn Brøndum. The ties between the hotel and the museum have consequently always been strong.

Degn Brøndum thought that running water and hot baths were unnecessary, since the hotel was only 200 metres away from the beach. When swimming in the ocean was good enough for him, then why should it not be for others as well? In the main building, where the oldest parts date back to 1874, you may therefore find showers and toilets outside the rooms while bathrobes and washbasins are in the rooms.

The food has throughout the history of Brøndums Hotel been a central focal point. The artists enjoyed it and described it in exalted terms to their friends back at the academies and since then it has been one of the corner stones in a successful stay at Brøndums Hotel.

The food at Brøndums Hotel is today a great mix of classic dishes in addition to a seasonal menu where the kitchen creates dishes inspired by the seasonal foods.

Here’s an idea of the menu

We thought the place was grandious, full of history and accomplished local and seasonal dishes that were refined and delicious. Served on Royal Kopenhagen porcelain, of course.
Brøndums Hotel – Anchersvej 3 – DK-9990 Skagen – Telephone: (+45) 98 44 15 55