During my recent visit to London I had a great taste of Asia in The Spice Market.

We had high expectations as the executive chef Vongerichten is a bit of a legend in New York.

Just like some other restaurants in the same league (Hakkasan, Yauatcha) they sometimes look more like a night club than an actual restaurant. Especially with deep grooves of music it is sometimes difficult to have a conversation whilst delicately nipping away at your Singapore Sling and tucking into your lobster tail sashimi. The Spice Market is a concept from New York, Jean-Georges Vongerichten’s piquant elevations of the region’s street cuisine served in a casual, sexy atmosphere.

The celebrated chef collaborated with designer Jacques Garcia to create an interior of Eastern exotica. ‘A valuable collection of artifacts were imported from Rajastan, South India, Burma and Malaysia to transform the  two-level space. Custom-made colonial style furniture appointed with white leather is mixed with Oriental period pieces such as wooden Thai and Chinese porcelain garden stools. Plush embroidered curtains made of French fabric from Lelievre, upbeat ambient music and the soft, mood-enhancing glow of Herves Descottes’ lighting complete an Oriental cocoon worlds away from the neighborhood’s bustle. A rich color palette of violets, indigos, ochres and deep reds balance the former warehouse’s raw timber beams and teak floors from a 200-year-old Bombay palace. ‘

In short, is was all a bit loud! Anyway the food was indeed a travel around South-East Asia, which I really enjoyed. Service top-notch. Prices are affordable, so I’ll give them a thumbs up! 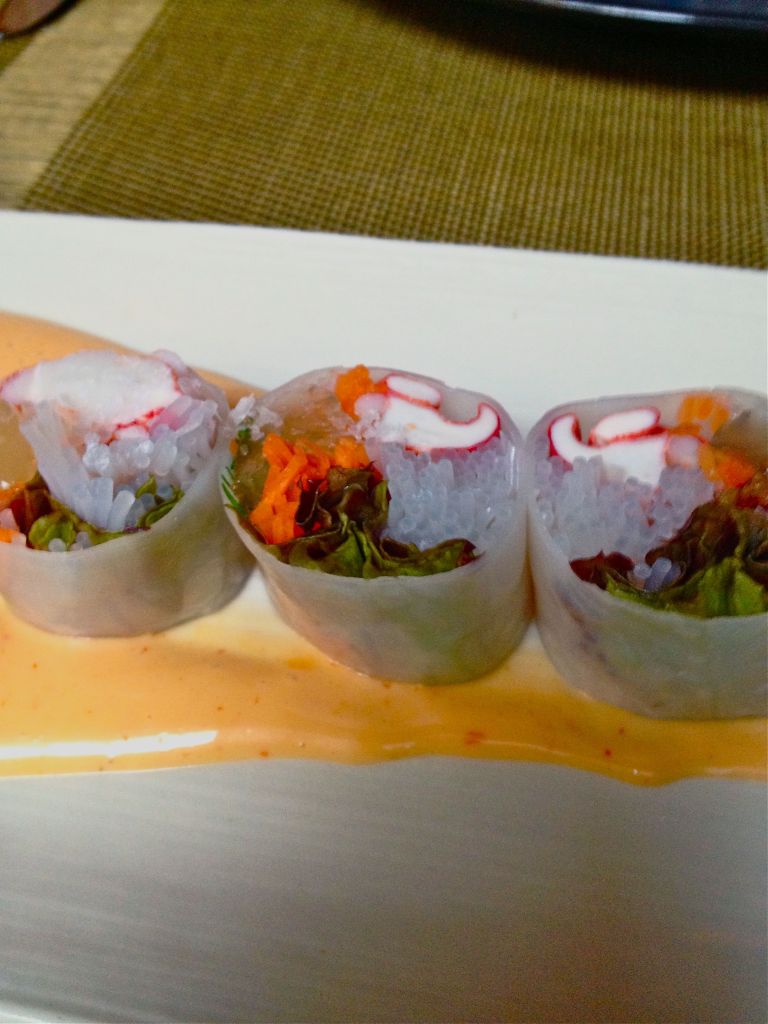 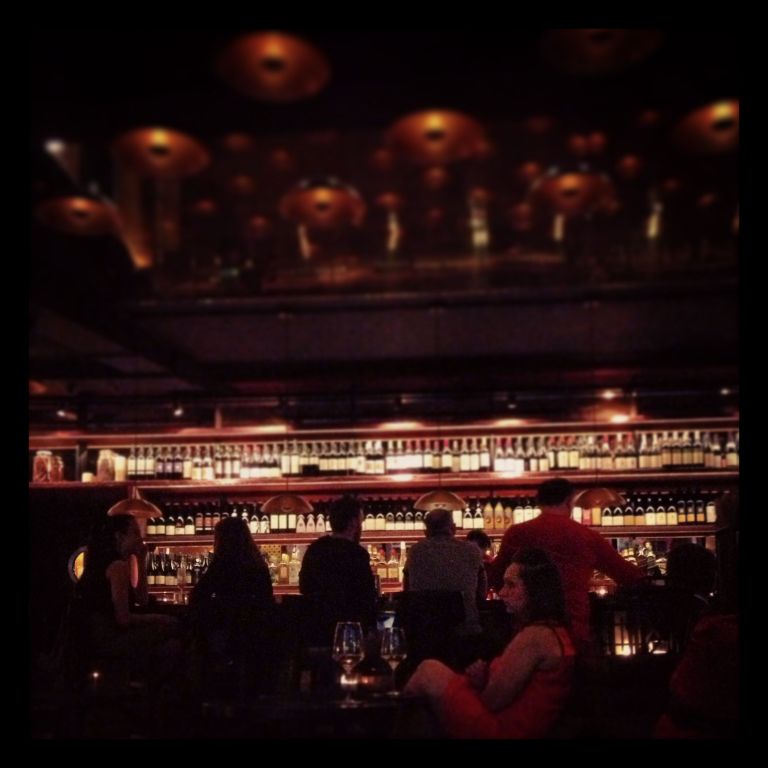