Jane Austen did it, Prince Charles did it, ‘Beau Nash’ did it, Duchesses and Dukes have done it, so we thought it was high time we tried the waters in Bath, Somerset for ourselves.

Bath is an elegant and attractive Georgian city. Its world-renowned Roman baths, Palladian architecture and Jane Austen’s heritage have put it firmly on the map of historically important and esthetically beautiful cities in the world. During the late 1700’s, Bath was also firmly on the map for the ‘genteel’ folk. A season at Bath was ‘de rigueur’ for wealthy Londoners. The nation’s aristocracy and the cultural elite of that day all flocked here to try out the miraculous waters of the spring.

One of the centres of social life was the Pump Room, directly attached to the source of the spring. 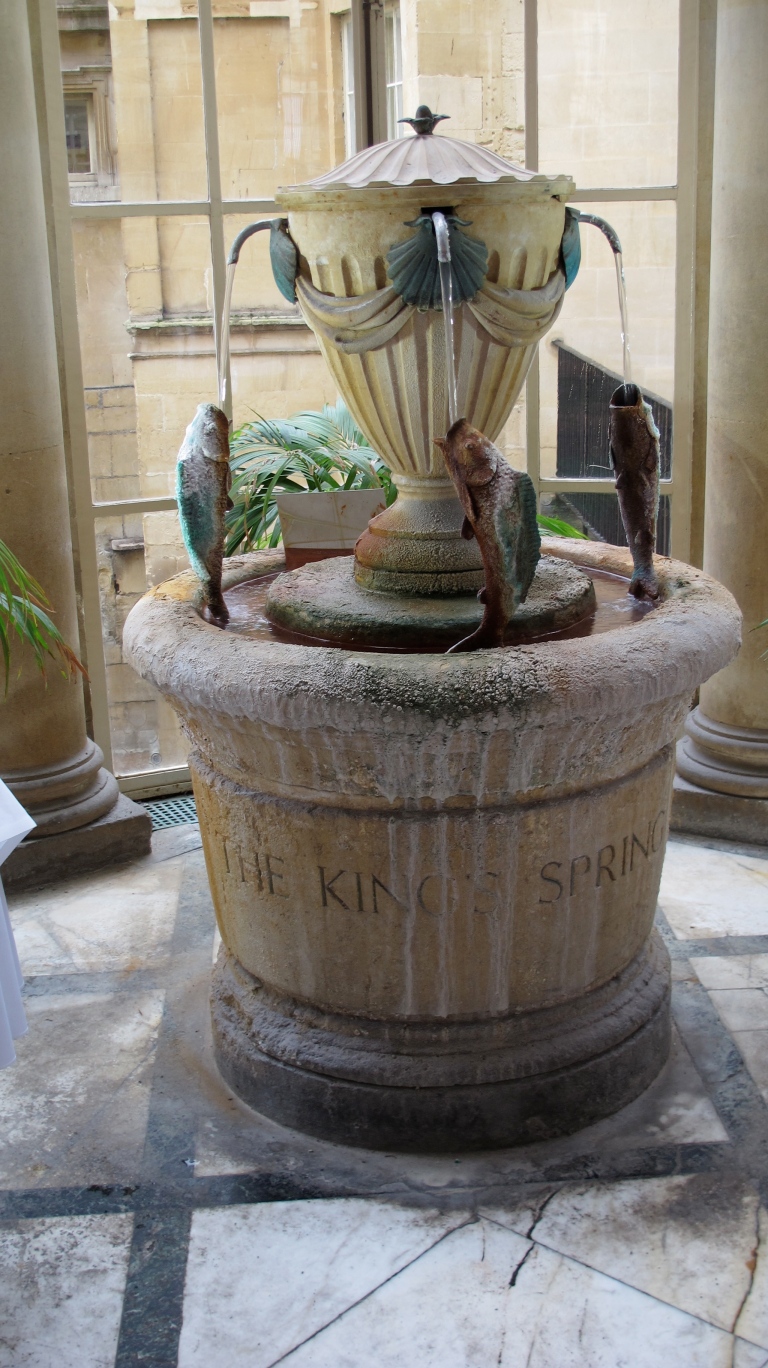 It was a place for dancing, gambling, eating and drinking. Today the action is reduced to a very civilised lunch and tea drinking, including a spot of classical music of course.

We tried out the traditional Bath High tea. A wonderful mix of triangular savoury sandwiches (mousse of salmon and watercress, cucumber and smoked salmon) followed by the clotted cream, fruit preserves and freshly baked warm scones, all were to die for. We didn’t have much room left but there were even more silky sugary buns, eclairs and other petit fours to round things off nicely. 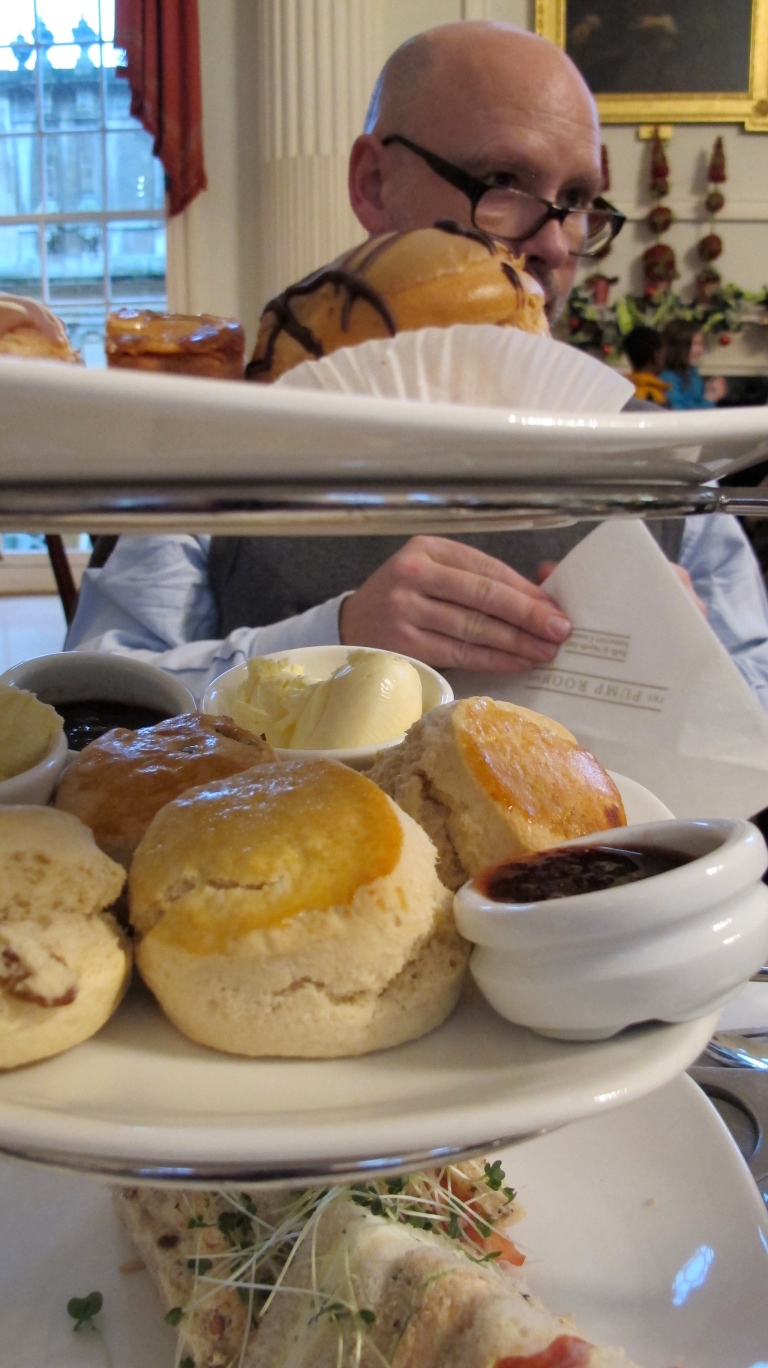 Onather thing to try out in other tea rooms is the famous Bath bun. It’s a fluffy roll, a bit like a brioche, with crunchy sugar and sultanas. The history of the Bath bun suggest that Dr. Oliver, originator of the Bath Oliver biscuit, also knocked up the Bath bun. Other histories attribute the bun to the mythical Sally Lunn – there is a tearoom in Bath of her name –the buns that bear her name are not so different from the Bath bun, both take the form of enriched dough cakes, but they are a separate entity. Laura Mason and Catherine Brown in ‘The Taste of Britain’, trace the origin of the Bath bun to recipes for caraway seed cake. In their book they mention a 1756 recipe given by Bath resident and cook, Martha Bradley, entitled Bath seed cake. Elizabeth Raffald in 1769 follows on with a recipe for Bath cakes, which were yeast-leavened rolls made with butter, cream and caraway seeds (in the form of caraway comfits – sugar coated seeds- some were used to flavour the cakes, and others strewn on top). Over the course of the eighteenth century eggs were added to the mix, as various recipes will attest. A recipe from 1807 reproduced in Andre Simon’s ‘Cereals’ instructs the cook to:
Rub 1 lb. of butter into 2 lb. of fine flour; mix in it 1 lb. of caraway comfits, beat well 12 eggs, leaving out six whites, with 6 spoonfuls of new yeast, and the same quantity of cream made warm; mix all together, and set it by the fire to rise; when made up, strew comfits over them.
During the next century the caraway seeds gave way to peel, citrus zest or dried fruit, and sugar became the customary decoration.

So either try the High Tea at the Pump Room or just have a Bath bun, both are quite delectable!

Selection of tea sandwiches, homemade scones with clotted cream and fruit preserves, Pump Room pastries with a pot of tea or coffee
for one £17.50 / for two £34.00