Skip to content
I helped out loading the wine press at Hambledon Vineyard, the oldest commercial vineyard in England last weekend whilst the pickers were going through vineyard harvesting Chardonnay.

Hambledon was re-planted to produce English Sparkling Wine (such an awkward way of describing English Quality Fizz!) in 2005 with the three base grape varieties for Champagne: Pinot Noir, Pinot Meunier and Chardonnay and after having been re-capitalised earlier this year, will be marketing its first estate bottled fizz in 2013 after a test launch in 2012.
An additional 55,000 vines were planted during spring 2011and Hambledon will be the first English vineyard with a gravity fed winery, meaning that no pumping will be required at all in the cellar! Under the CIVC rules in Champagne  you are only allowed 3 pumpings of juice, so this is a clear indication that Hambledon is serious about quality! I am already excited how Hambledon will arrange the settling tanks and the fermentation tanks in order to avoid using pumps – plans are to install a lift at the back of the winery…

Hambledon’s CEO, Ian Kellett gave up his day job as highly rated Food and Beverages analyst in the City to follow his dream and pulled in the services of Hervé Jestin, the former Maitre de Chai of Duval-Leroy. Hervé is hugely experienced and is one of the foremost biodynamic and organic winemakers in Champagne. He makes Sparkling Wine as far away as Russia! 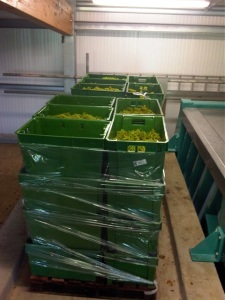 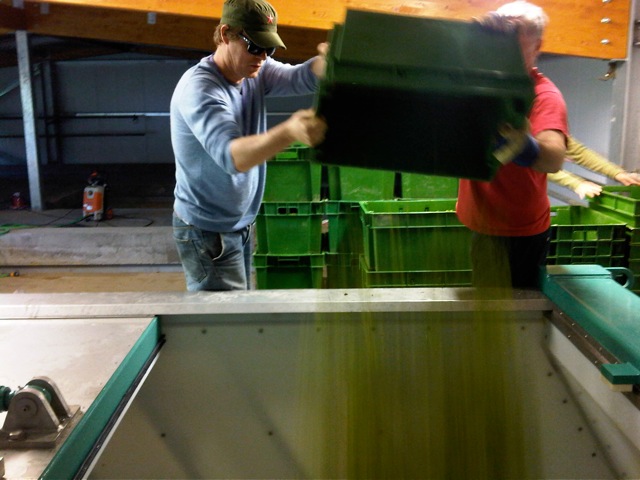 Both were very upbeat about the quality of the grapes, ‘much better than Champagne this vintage’ according to Hervé who wondered whether it ever rained in Hampshire as the last three weeks sunshine drenched the vines. The yields were lower than 2010 but this had a good effect on quality and having tasted the musts of the Pinot Meunier and Chardonnay, I can say that English wine has a lot of soul! The Pinot Noir was harvested two weeks earlier and was already getting prepared for malolactic fermentation.
I am looking forward to keep you posted on the development of Hambledon’s vineyard and its fizz in the future!
http://www.hambledonvineyard.co.uk/
This is a follow up on my ‘Britannia Rules the Vines?’ blog entry published on 23 May 2011 http://tastingandliving.com/2011/05/23/britannia-rules-the-vines%E2%80%8F/ to prove that English vineyards truly exist!
Karel Roëll