It seemed a bit overhyped when I read that this Old Biscuit Mill in a gritty part of Cape Town now has a saturday morning food market.

But what can you do when you’re deeply into food? Well of course I had to check this out.

Getting to the place is part of the fun because Woodstock is not necessarily a part of Cape Town you would want to visit without any reason. However I heard it’s now thé place for arts and crafts places and artist have been flocking here to establish their studios, so in a year or to this area may become over-gentrified like other areas in Cape Town, so now’s the time to go!

So the Neighbour Goods Market is open every saturday morning till around 2pm. It’s a great starting place to discover many local foodie and food producers. Emphasis is on wholesome, biological, green without being ‘vegan’ or ‘vegetarian’. Imagine a cross between Portobello Road for the veg, Camden market without the grime, healthy food and a great ambiance, that’s what it is! I saw impressive stalls of local veggies and fruits, just plucked before installing it here on the market. If you’re not into veggies, this is the place to come to get converted!

If you’re into meat, no worries, several stalls sell ostrich, springbok, kudu, you name it.

Of course Cape Town being very proud of it’s up-to-date food scene, cupcakes can also be found in abundance, as can coffee micro breweries, local wines, fruit wines, pomegranate smoothies (yummy), and all other ingredients that would make any foodie go into overdrive.

So the thing to do is buy for later and taste as much as you want immediately, a large communal table has been installed so you can take a breather in between tastings.

For those wanted an interesting restaurant experience, why not try Test Kitchen. Dale-Roberts’s new venture follows a four-year long tenure as the executive chef of La Colombe restaurant at the Constantia Uitsig wine estate in Constantia. During this time, Dale-Roberts took the celebrated fine dining establishment to new heights, culminating most recently in its winning 12th place in the San Pellegrino 50 Best Restaurants of the World Awards 2010 and gaining the title of Acqua Panna Best Restaurant in Africa and Middle East.
As its name implies, The Test Kitchen, though primarily a restaurant, affords Dale-Roberts the opportunity for maximum innovation as a chef, as well as being a space to use as ‘the creative hub’ for a variety of different projects, including regular cooking demonstrations.

The chef has also had a hands-on role in the design of the contemporary industrial-chic space with its brick walls, exposed oak beams and fire-engine red pipes, earthy-toned walls and oiled kiaat wood bar counters encircling  the open kitchen. Celebrated Cape Town artist Peter Eastman’s striking shadow paintings hang on the walls, while renowned design company Casamento has created stand-out furniture pieces such as the luxurious sofa and banquette seating featuring their signature stitching detail, as well as the bespoke tables which, with their oxidised mild steel tops, have a consciously rough, rusted appearance in harmony with the surrounds. Adding a soft, tactile effect are organic-shaped pendant lights made from felt by local company I Felt Like It.

The collaborative process began when the chef met up with lauded young ceramicist Andile Diyalvane of Imiso Ceramics, based at the Old Biscuit Mill. Dale-Roberts and Diyalvane worked on a range of crockery for a menu the chef created at La Colombe, and have now formed a partnership to develop the distinctive hand-crafted pottery pieces on which The Test Kitchen’s food will be served – such as a range of ‘eggs’, delivered to diners in crates, to add to the element of fun, and continuing Dale-Roberts’s reputation for the extraordinary presentation of his dishes. Patrons will be able to purchase this exclusive range of pottery ware among other items, including Dale-Roberts’s preserves, all displayed on floor-to-ceiling shelving lining one of the walls.

Of course apart from the food market, the Biscuit Mill is also a hub for arts and crafts and ceramics, so have a wonder around the small shops with a double macchiato in one hand and your credit card in the other! 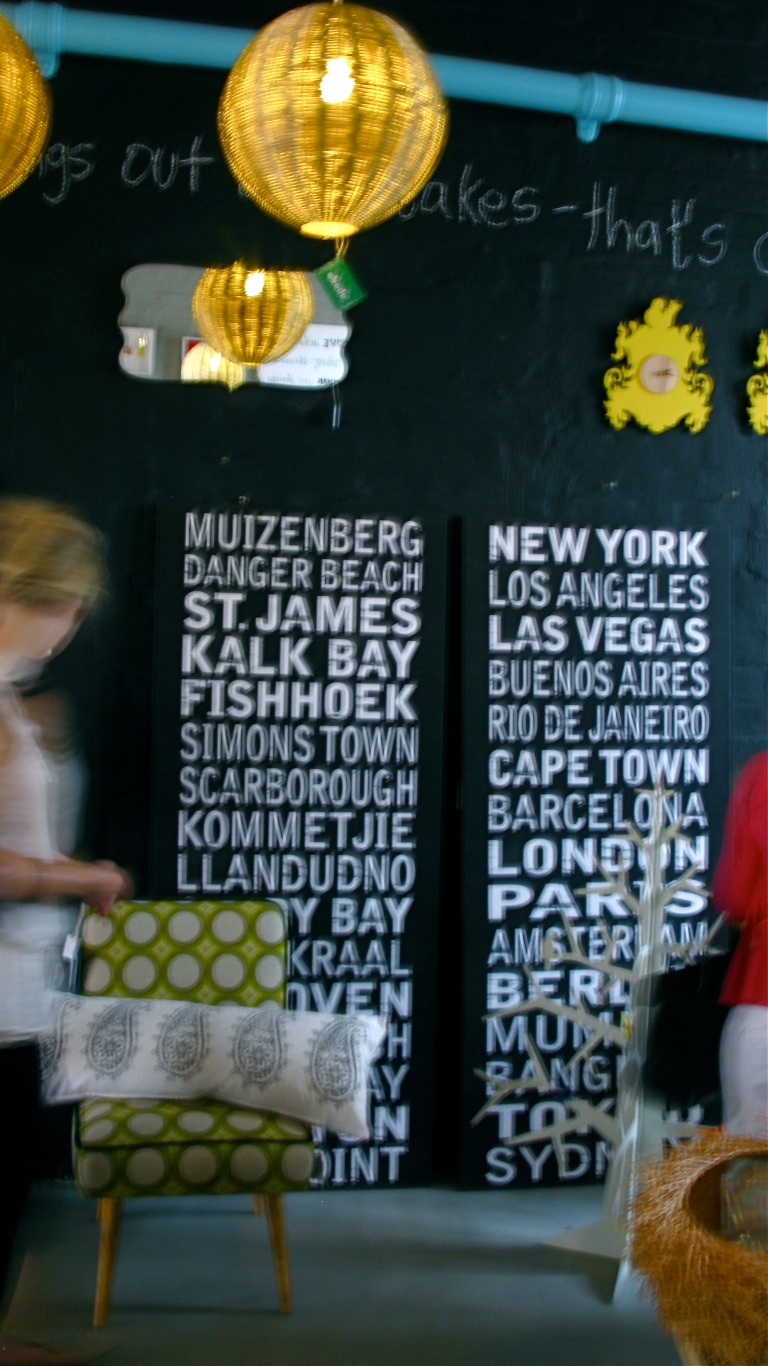